Working without a driver or operator

The Slopehelper is an intelligent, autonomous, cutting-edge machine that adapts to unpredictable conditions and various field types. It contributes to improving your quality of life by saving you significant time and reducing costs, while protecting the environment by minimizing the amount of herbicides. Just one agro-system that covers the whole agricultural cycle and a simple platform is all you need. 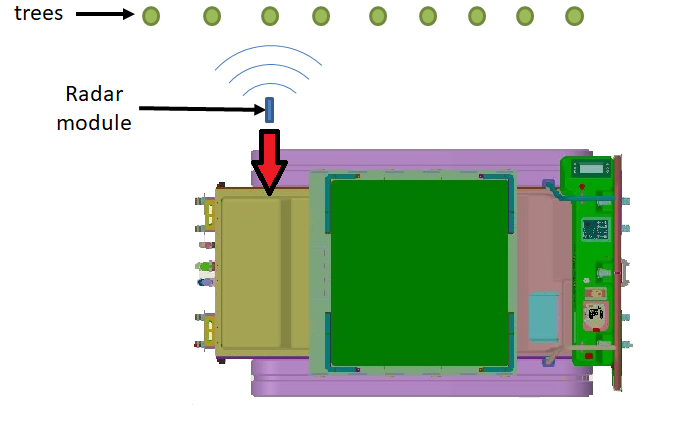 The Slopehelper is fully autonomous, it doesn’t require a driver or supervision while it performs its tasks. Simply place the vehicle at the starting position with the help of the remote control and the device performs the task independently. With the help of ultrasonic radars at the front and rear right side of the Slopehelper, it moves along the entire length of a row and performs the assigned operation effortlessly. When it reaches the end of the line, the front radar detects a change, interrupts the operation, and autonomously shifts the line of movement entering the next row. At the very entrance of a new row, the attached hinged equipment is automatically activated, and the agro-system continues to work until completing the operation.

Performing tasks without supervision at any time of day or night saves a considerable amount of time. For example, program the Slopehelper to spraying-mode when the weather conditions (temperature, humidity, wind speed, etc.) are optimal. Likewise, with all other modes. Time once spent on weeding, pruning, mulching, spraying, and fertilizing can now be spent on other tasks or time-off with your family.
The weight has been optimized to reduce soil compaction and make it legally possible for the Slophelper to be driven on public roads.
GPS accuracy is dependent on signal quality. This quality can be affected by atmospheric electromagnetic interference, the ionosphere, as well as other factors, which usually result in a GPS error of about 5 to 10 meters. Significant errors occur especially when the number of satellites is limited. Satellites use atomic clocks and are very precise, but occasionally discrepancies occur in time measurement errors. Ideally satellites should maintain in their predefined orbital positions, but due to gravitational pulls (the earth, moon, sun) they are not still. GPS signals can also be blocked by disruptive device signals broadcasted by GPS satellites. Battery-powered trackers should be kept charged at all times to avoid being in an emergency with no way to call for help if the power runs out. It’s worth mentioning that vehicle-tracking devices are usually expensive.
That is why at PeK Automotive, we have developed an autonomous vehicle with its own onboard navigation system based on artificial intelligence, ultrasonic radars, and an algorithm that calculates new potential occurrences especially in places such as orchards or vineyards. The Slopehelper requires initial geo modelling of the plantation which is made only once and is later used together with differential GNSS positioning to perform its tasks completely autonomously. Its 360° vision radars provide precise positioning in its surroundings, carefully turning and repositioning from one row to another. When it encounters an obstacle, such as a stationary object or a creature, radars activate the security system and stop at an appropriate distance from the obstacle. The artificial intelligence used for navigating the vehicle is simultaneously a safety system for the environment. With an accuracy several times higher than any GPS, ultrasonic radars maintain the required distance in accordance with young and perennial trees alike. 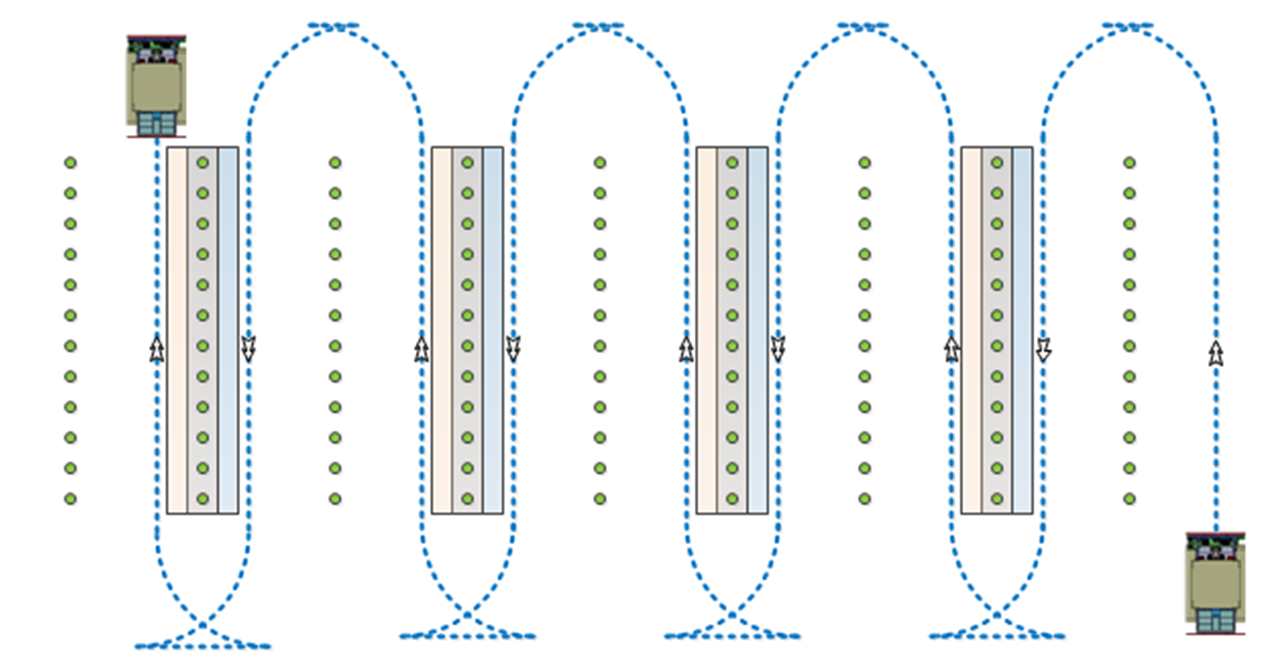 The only external connection used with the Slopehelper is the TeroAir, application, which serves as an informative application for the agro-system owner on the positioning of the vehicle.